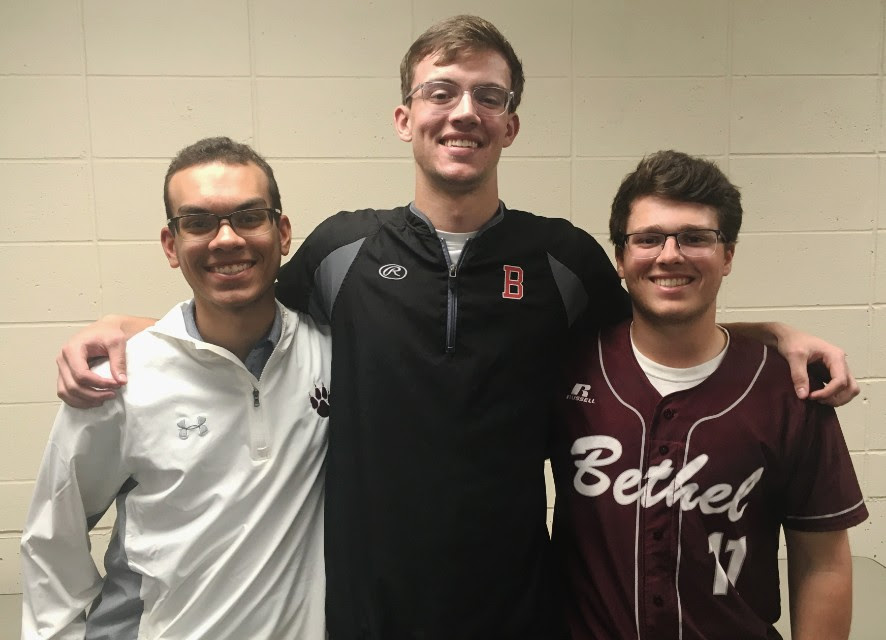 L to R: Ethan Cardona, Liam Ford, Justin Tomaino
Three Bethel High School seniors will be leaving a meaningful mark on their school. Ethan Cardona, Liam Ford, and Justin Tomaino joined forces to create and implement a student-run organization they named WAR: Wildcats Are Responsible, as their Capstone Experience. WAR’s mission is to help students make healthy decisions regarding drugs, alcohol, and tobacco and to become good role models in the school community.

Liam and Justin are the original founders of WAR. They explained that the idea of forming the group sprang from a discussion they had had with Principal Chris Troetti. Troetti had told them that since 2010, nine BHS graduates had overdosed and died. The two students divided their responsibilities: Liam took charge of membership, student support, and longevity of WAR. Justin created WAR’s mission statement and implemented a chapter of Project Purple at BHS. Project Purple is an initiative of The Herren Project, founded by former NBA player Chris Herren. Its mission is to destigmatize addiction, educate students on the dangers of substance abuse, and encourage positive decision making.

Ethan joined Liam and Justin this school year, when he transferred to BHS. Ethan carved out the role of scheduling meetings and events, and creating a “Battle of the Fans” video as well as anti-vaping PSAs.