On July 1, a group of bicyclist were traveling southbound on RT 53 (near JRMS) when one rider stopped and three bicycles then collided sending the riders to the ground with substantial but non-life threatening injuries. The injured cyclists were identified as: a male from Newtown who sustained a head injury, a female from Sherman who sustained two broken clavicle bones and a female from Bethel who sustained lacerations and abrasions. The individuals were transported to Danbury Hospital by West Redding and Redding Ridge Ambulance. The bikes were secured by fellow riders. 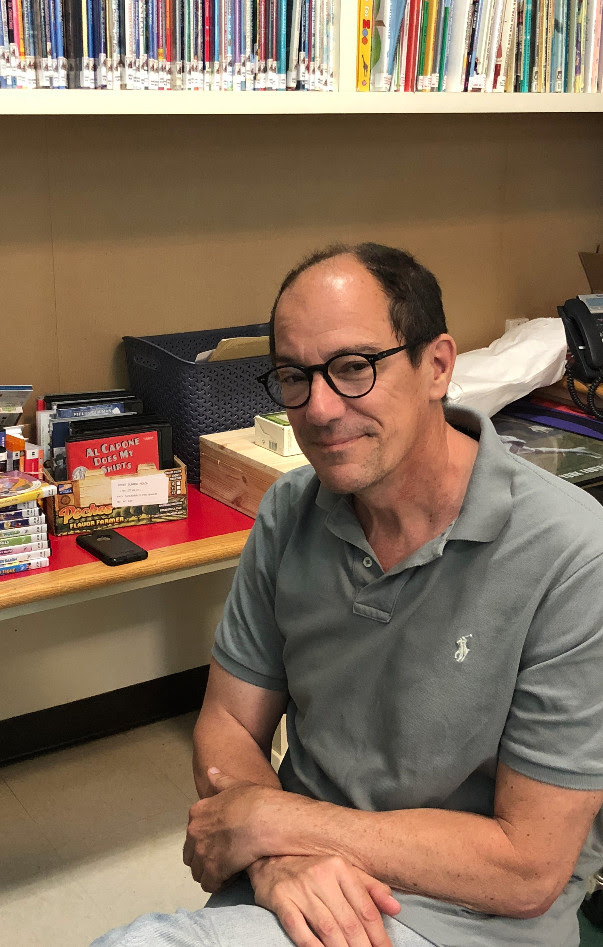 “A good library is part of a thriving community,” he said. “And, the Mark Twain Library is not just good, it’s world-class.”

As an association library, MTL is tasked with raising over 40% of operation expenses and 100% of capital expenses through fundraising, donations and appeals. Rubury is thankful for the town grant that covers almost 60% of the operating expenses. He explained that the other libraries in the area are at least 80% town funded.

Mark Twain Library has an enthusiastic and loyal following from toddlers up to seniors. The programs are open to everyone and are free to attend. From story time up through additional student study hours to Small Business Circle and to working with seniors at Meadow Ridge: all age ranges are covered. Eighty-five percent of Redding households have at least one library card.

The new president feels fortunate that the strategy and direction put in place by past president, Jennifer Wastrom and her predecessors has left a strong blueprint to follow. He sees himself as a cheerleader, facilitator and supporter for the talented volunteers. He is already a strong advocate and will continue to talk to the town and donors with the goal of expanding partnerships.

He is in awe of the 30,000 collective hours put in by MTL’s faithful volunteers. The Book Fair is the next even coming up. Save the Date Cards have already been sent for the Pudd’nhead Festival. The art show committee is hard at work and let’s not forget the Frog Frolic!

The Pudd’nhead Festival is an example of the ingenuity of the fundraising team. Redding resident Michael Ian Black, came to the board with an inspiration. Soon his vision became reality and the festival is one of the most popular dates on Redding’s social calendar.

Rubury says that the library board is very grateful of the support from the town and other library contributors. Their goal is to spend each dollar mindfully. Especially in emergency situations like the one that occurred this past winter when the furnace failed. Not only did the building need to be protected from the bitter cold, the collections also needed to be preserved. MTL is grateful for the wonderful support and donations to the Furnace Fund.

Eric Rubury chose to retire instead of moving out of state when the energy company he worked for decided to relocate.

He joined the library board two years ago, at the suggestion of long time board member Sandi O’Reilly.

The Rubury’s have lived in Redding for 21 years. Eric’s wife Leslie Cohen-Rubury, a therapist, has volunteered her time for many years giving parenting workshops for the RES PTA. Grown children Travis, Carrie and Dale went through the Redding schools and follow in their parents footsteps in choosing professions that make the world a better place. Eric and Leslie are also doting grandparents to Travis’ two children.

They are also the owners of the Peaceable Barn… a workshop and retreat space.

When not spending time at the library, Eric plays in a band called Stuntfish. Their last gig was at Rock n Roots.

He foresees a busy year coming up and he invites everyone who has not been here in awhile to check out Mark Twain Library’s exciting programs.