by Redding League of Women Voters

Joel Barlow students were greeted by an unusual sight when they headed for lunch last Wednesday, April 25.  Flanking the door to the cafeteria were two tables festooned with red, white and blue balloons, American flags and a big bowl  of candy called—appropriately—Smarties.  Large signs urged: Register to Vote.

Several times each year the registrars from Easton and Redding visit the high school to offer students who will be 18 by election day in November the opportunity to register on the spot.  Last week they were joined by members of the Redding League of Women Voters (who provided the balloons and candy).   Redding registrar Joanne Perlman had addressed the League on up-to-date registration requirements at an earlier board meeting so the volunteers were prepared to answer questions and help the students fill out the forms which they then presented to the registrars who, after checking for proper identification, made it official.

By the end of the second lunch shift when the last student had returned to class and the hall fell silent again, 41 students had been successfully registered as voters in their respective towns of Easton and Redding.  Says League board member Phyllis Rhodes who was active in organizing the League’s participation in the event, “One of the League’s main goals is to encourage people to register.  We were certainly successful in  fulfilling that goal today.” 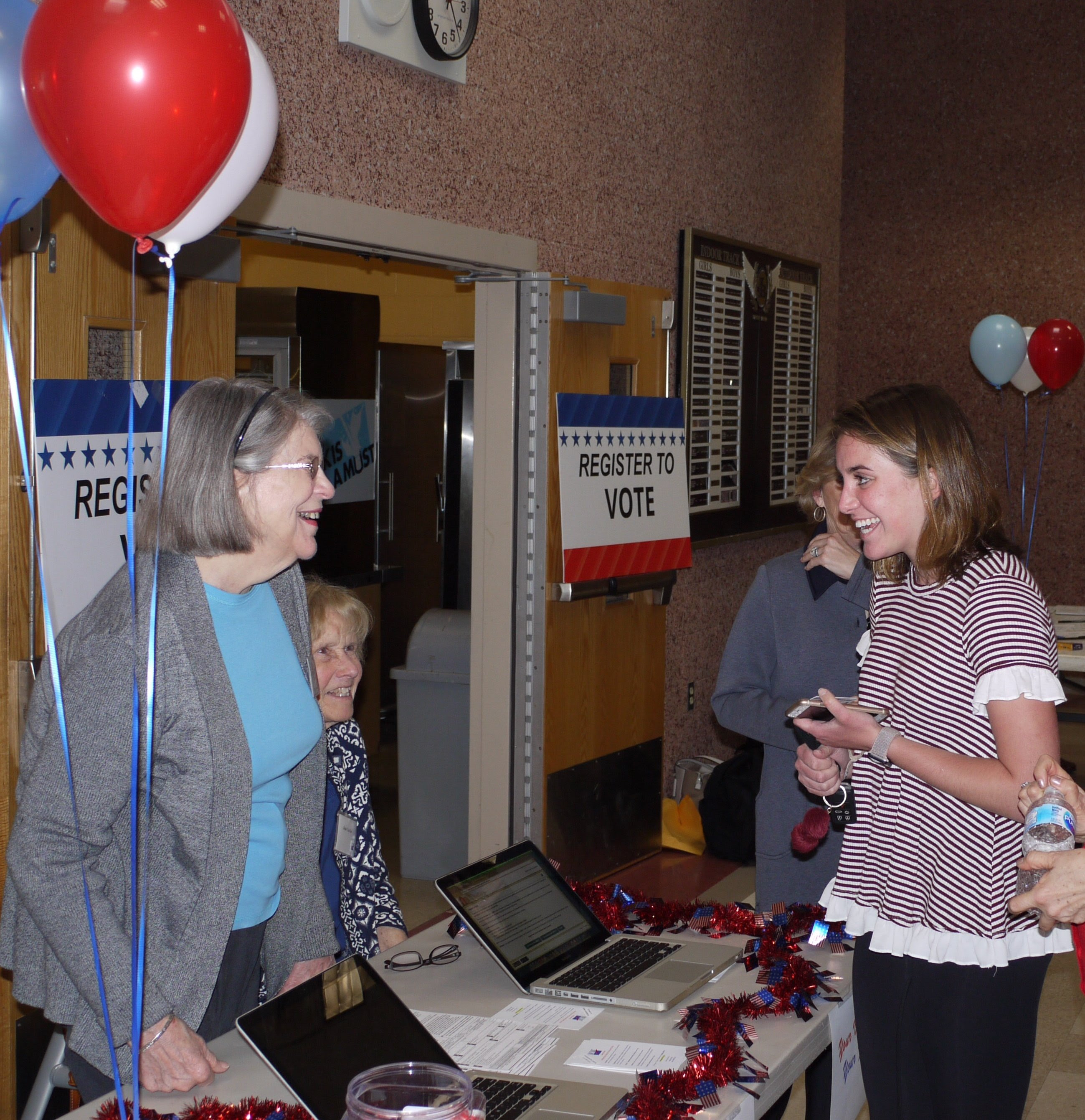 left to right: League of Women Voters board members Jean Whitham and Jean Taylor, and Joel Barlow High School student Mackenzie Wenzel who registered to vote at the event.
May 7, 2018 Stella Evans

Join us for two timely discussions on technology, coming up in May.  SCORE Fairfield County will be offering the workshop “Four Tech Basics Every Business Needs,” on Tuesday, May 22nd, at 6:00 p.m. at the Easton Public Library. The workshop will be led by Budly Freund and will cover new technology rules and requirements for the safety and continuity of your business and customers.
SCORE was established in 1964 as a nonprofit association dedicated to entrepreneur education and the formation, growth and success of small businesses. The Fairfield County chapter recently merged with the Greater Bridgeport chapter and now represents a population of 750,000, with 130 volunteer mentor professionals, who offer a very broad mix of entrepreneurial, management and small business experience. For more information and to register for these workshops, please visit fairfieldcounty.score.org.

Easton resident Pamela Gupta will be presenting a program entitled “Emerging Technologies and the Internet of Things (IoT),” on Wednesday, May 23rd, at 7:00 p.m. Smart technologies are becoming increasingly interconnected with our everyday lives, from appliances and thermostats in our homes, to apps and wearables that track our health and fitness, and to the vehicles we drive. These new technologies can also pose security risks at the personal and business level. Pamela Gupta is the President of OutSecure, Inc., and the Founder and Chair of the Northeast Annual Cybersecurity Summit. Registration is suggested. To register, please use the Library’s Online Event Calendar, or contact Lynn Zaffino at 203-261-0134, or via email at lzaffino@eastonlibrary.org.