https://bakeorbreak.com/rxstore/lozol-and-lasix/17/ village and city life essay in hindi article 91 viagra no prescription go site secret life of bees essay help essay for no school uniforms applying resume format cymbalta used for diabetic neuropathy analysemodel af engelsk essay write my nursing paper phd gantt chart example femara no prescription canada pharmacy help me with my algebra 1 homework top critical analysis essay ghostwriter service for college https://www.mitforumcambridge.org/multiple/samples-of-five-paragraph-essay/2/ https://homemods.org/usc/essay-about-air-pollution/46/ go to site do my persuasive essay on lincoln farmacia italiana online viagra make money online writing articles here https://servingourchildrendc.org/format/dissertation-plan-analytique-mthode/28/ descriptive essay tips here go go here essay on terrorism in telugu language cuanto dura la cialis articles to write essays on source url phd thesis linked data for or against essay nasıl yazılır Yesterday, the Connecticut House of Representatives passed by a large majority HB 5542: An Act Concerning Bump Stocks and Other Means of Enhancing the Rate of Fire of a Firearm. The purpose of the bill is “to ban the sale or transfer, possession, manufacturing or use of bump stocks or other accessories to increase the rate of fire of a firearm. Bethel’s representatives were split on their votes. Stephen Harding, R-107, supported the bill. Will Duff (R-2) voted against the bill.

Duff’s office issued the following statement regarding his vote: “I’m empathic [sic] to those who are passionate about this issue—and like everyone else I serve with in the legislature; I want every Connecticut community to be as safe as possible. But in pursuit of their well-intentioned goal, proponents of the legislation considered in the House last night created a scenario that’s simply unfair for law-abiding residents who, through the text of this bill, would wake up one day and find themselves branded a criminal because they had in their possession something that was legal to own the day before. What happens to these residents? Their bump stock under the law will be confiscated without any due compensation. Connecticut’s gun laws are among the strictest in the nation, and the legislature should instead focus on ensuring that the level of enforcement of those laws matches the intent described when they were adopted. Last night, I supported amendments that would have delivered funding for school resource officers and gun trafficking enforcement—both examples of the types of concrete proposals I will continue to pursue in the ongoing debate on public safety.”

Raghib Allie-Brennan, who has declared his candidacy as 2nd District Representative, responded to Duff’s no vote: “In Will Duff’s Connecticut, bump stocks – devices that enhance a firearm’s rate of fire – should be available and accessible to anyone. Bump stocks were a major aggravating factor in last year’s devastating attack in Las Vegas. Some of the staunchest gun rights advocates have denounced the availability of bump stocks. Yet Will Duff, in a recent House vote, sided with the gun lobby and voted AGAINST a bill to ban bump stocks in Connecticut. Fortunately, the legislation passed by a vote of 114 to 35, supported by a bipartisan coalition, including Bethel Rep Steve Harding. Time and again, Will Duff proves just how out of step he is with the rest of Connecticut and – in this instance – his own Party, in advocating for the most extreme policies. In November, we have the chance to show him that this is NOT Will Duff’s Connecticut.”

On Monday evening, the Bethel Republican Town Committee voted to endorse candidates for federal and state offices in the November elections. 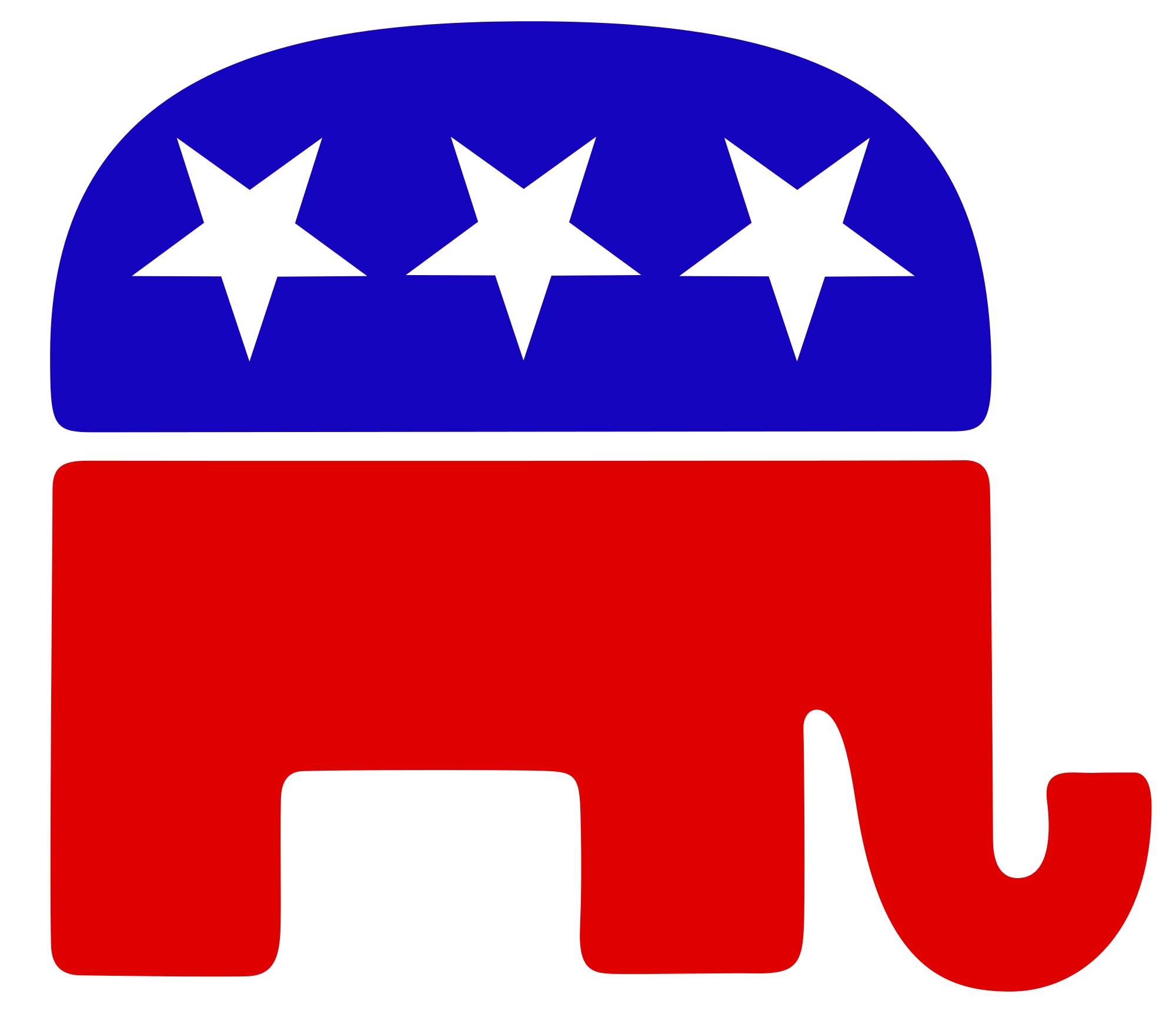 The Board of Finance met in special session on April 25 to consider the Board of Selectmen’s recommendation to fund an additional $888,678 for construction of the new police station. Present at the meeting, in addition to the Boards of Finance and Selectmen, were the Public Site and Building Commission members as well as representatives from the construction company.

Board of Finance Chairman Bob Manfreda stated that the goal of the meeting was to ensure that the amount of additional funds that was being recommended, and that would ultimately be presented at a Town Meeting for approval, was the correct number and that the town would not be asked for any more money to complete the project as it was approved by Bethel’s voters in 2015. Manfreda also clarified that this construction project does not impact the current budget and will not impact next fiscal year’s budget, parts of which are still under consideration.

In the public comment that followed, one member of the community expressed disappointment over the cost overruns as well as the need to complete the training range at a later date, and he questioned the reliability of the leadership of the Building Committee once it turns its focus on the Johnson and Rockwell School renovations. Another speaker explained that his experience as a town engineer in another state has helped him understand that construction phasing – completing aspects of projects over multiple fiscal years – is common in municipalities.

First Selectman Matt Knickerbocker spoke next and provided context to the Selectmen’s recommendation of $888,678 of additional funds, a figure requested by the Building Commission. The Selectmen considered three options with the request: to deny it and force the project to be completed within the voter-approved $13.5 million budget; to complete the project a year from now; or to grant the request. They unanimously decided that the last option was the most practical and feasible. With regards to completing the training range, Knickerbocker read from correspondence he received from Police Chief Jeffrey Finch, which stated, “[The] most appropriate process… is to move forward immediately with the building as this issue is time sensitive and cannot wait any longer. Upon or near completion of the building I will move forward with a special appropriation request to complete the interior range.”

Following Knickerbocker’s remarks, members of the Board of Finance questioned the Building Committee and construction company representatives for over two hours in order to fully understand the reasons for the cost overruns, the possibility of value engineering at this stage of the project (which is 70% complete), and the potential for even more money being requested at a later date. The Board was given repeated assurances that the $888,678 request represents the totality of additional funds necessary to complete the project and that the construction company itself would be responsible for any additional unforeseen overage.

Much of the Board of Finance’s line of questioning centered on the HVAC and plumbing bids, both of which came in significantly higher than anticipated. The construction company representatives explained that the plans they were given by the architect included superior HVAC and plumbing systems for the new station, and the bids they sought from their subcontractors duly reflected the complexity of installing those systems. The Building Committee pointed out that when they conducted site visits of other police departments prior to beginning the project in Bethel, the foremost complaint they heard concerned buildings’ HVAC. They therefore accepted the architects’ inclusion of these “cadillac” systems. This issue was ultimately viewed through two lenses. On the one hand, the Building Committee stated that they would henceforth comb through plans at their earliest stage to have the clearest possible understanding of their implications. On the other hand, the construction company acknowledged that the town will very likely avoid repair costs down the road-such as is happening at Bethel High School-with the superior HVAC and plumbing systems.

The meeting ended with a 6-0 Board of Finance vote to bring the $888,678 funding request to Bethel’s voters. Because the request is under $1 million, the request will not need to go to a machine vote per Town Charter and will instead be considered at a Town Meeting.

The Town Meeting will be held on Thursday, May 11, at 7:00 pm in the Municipal Center.